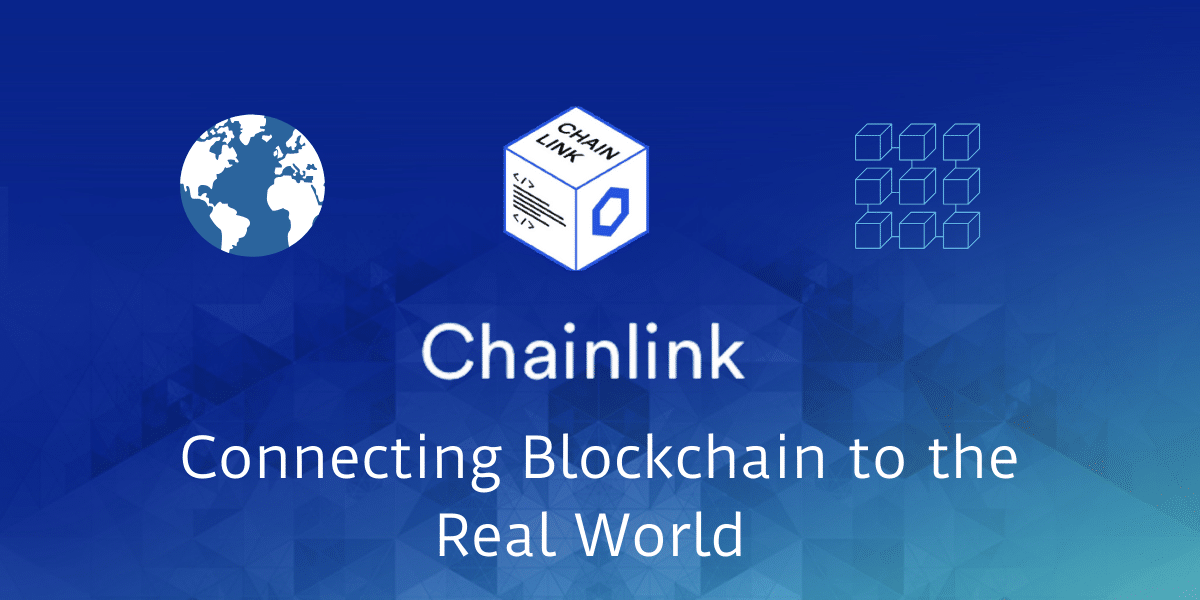 Chainlink (full name: SmartContract Chainlink Limited SEZC) is a company founded in 2014 by Sergay Nazarov and Steve Ellis. The company is incorporated in the Cayman Islands. During the ICO  (Initial Coin Offering) craze of 2017, the company launched an ICO that raised the whole amount of planned $32 million. The ICO price of the LINK token was $ 0.11 (today $ 4.41). The Chainlink aims at providing access to data feeds, APIs and payments to the blockchain.

Data entry takes place in a decentralized network of oracles, nodes and other parts.

Chainlink’s unique solution creates a powerful incentive for node operators to do their work honestly, and not to deceive the network. Together with the inputs from the outside world, Chainlink enables the data exchange between different blockchain networks, each working on its own protocol. It is the unique property of the blockchain that the data on it could not be modified or deleted. However, there is a problem with the authenticity of the entered data.

The entered content relies on centralized data entry, i.e. we are dealing with a single point of failure. In other words, we are facing the same old problem – the issue of trust.
Blockchain and decentralized systems can offer trust as a service, however, the mere fact that something is on the blockchain is not enough.
This is where Chainlink came up with its unique solution that cuts out the “middlemen of trust”.

The whole system consists of a complex network of oracles, nodes, smart contracts, adapters, and a decentralized system of data suppliers. Chainlink allows everyone to run their node and provide a data feed to smart contracts. You can run a node on your own or through the node service providers. For example Linkpool – the largest and most trusted staking pool.

Chainlink presents itself as decentralized oracle solution that acts as a middleware agent between traditional data sources, blockchain projects & the smart contracts

Node operators are awarded LINK tokens for their work. The Chainlink model incentivizes participants to deliver accurate and credible data while penalizing misbehavior.

This is an important feature of the Chainlink network. The collateral system penalizes oracle that provides bad data by forfeiting collateralized tokens and tarnishing its reputation.
The platform also incorporates a reputation system that keeps track of oracle-service-provider performance. With an increased amount of deposited LINK tokens, node operators are increasing the chances of being selected as data providers.
Chainlink is working to develop a micro-economy based on reliable sources of information.

On the other side, John has placed his smart contract defining his need for meteorological data specified in his job ID number. When John selects Peter as his supplier, their ID numbers match, and the data transfer process is initiated. In the next step, John triggers a special smart contract that processes payment to Peter for the data he provided.
All payments are made in LINK tokens. This is a simplified view of the operation of the Chainlink system.
In the same way, smart contracts can be fed with data from countless sources, including the data from different blockchain systems.

LINK is an ERC677 token on the Ethereum blockchain. The ERC677 standard is an improved version of the ERC20 standard that allows the token transfers to contain a data payload.
LINK token has two functions: first, you need LINK tokens to pay node operators for retrieving data for smart contracts, and second, they are used by node operators to place deposits as required by contract creators.

Chainlink is the DApp on the Ethereum blockchain, however, the team emphasizes that they are blockchain agnostic and they will remain open to sell their services directly to every network. Ethereum, Bitcoin, Hyperledger, Tezos, and other leading blockchains are supported.

A large number of crypto and non-crypto companies have partnered with Chainlink.
Among others, there are Google Cloud, Oracle, SWIFT, Binance, Tezos, Dapps Inc, Reserve, IOST, Hedera Hashgraph, Ethereum Classic, Synthetix, Provable, Celer Network, Mobilum, Wanchain, etc. Everyone is welcome to monetize their data through the Chainlink platform and meet the growing demand by blockchain applications developers. Both individuals and companies now have the opportunity to start making revenue from their data.

Chainlink proved itself to be the premier plug-and-go oracle solution in the blockchain-driven economy. Its trustless and decentralized business model meets the rapidly growing market demand. Additionally, the Chainlink penalty system shifted risk from developers to the node operators increasing the platform’s value and making it more user-friendly.

Blockchain applications are penetrating every corner of human activity, from the government sector, through health, transport, supply chains, travel, education, sports, manufacturing, law, finance, games, and almost every other imaginable area. The vast majority of new apps will require some form of outside data and Chainlink perfectly fits in that scenario.

To find out more details on how the platform works, check their presentation or read the whitepaper.